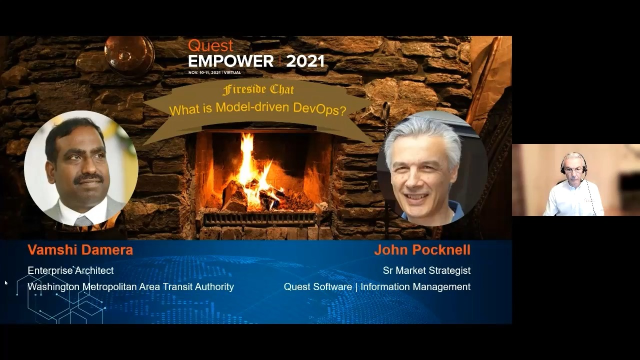 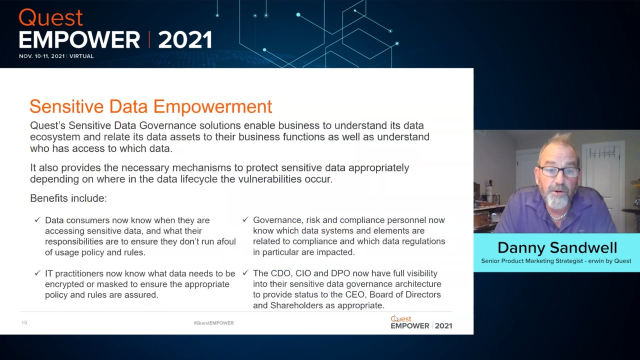 Empower 2021: Mitigating the risk associated with sensitive data across the enterprise

The proximity of sensitive data to key transformation initiatives like BizDevOps, hybrid cloud operations and self-service data preparation adds complexity to achieving the efficiency and effectiveness required to be truly successful in these endeavors. In this session Danny Sandwell will discuss how to meet the challenges associated with sensitive data within your organization as well as enabling key stakeholders to mitigate the risks and fully leverage this valuable enterprise asset. 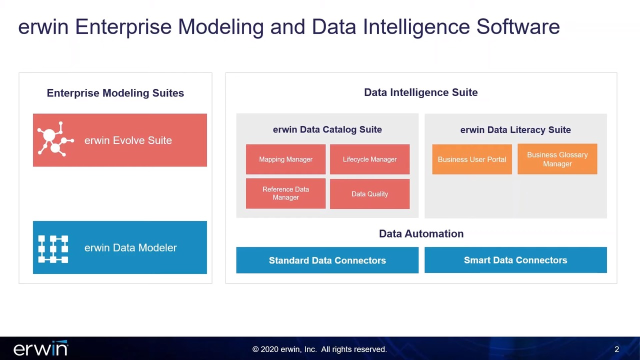 This video discusses erwin Evolve Web Modeler, an integrated, web-based modeling and diagramming capability that’s easy for both IT and business stakeholders to use. It gives an overview of product features, such as how to create, edit and navigate business model diagrams via a short product demonstration. 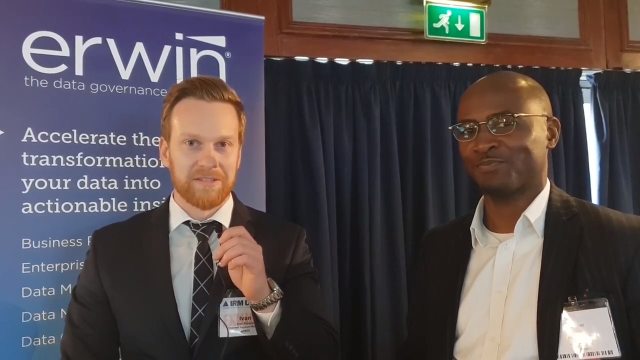 erwin in Action at Fidelity International

We caught up with Fidelity International at the Enterprise Architecture & Business Process Management Conference in London in 2018. Fidelity uses erwin Evolve to better understand their customers’ experiences and respond to their needs, and spoke to us about why they initially selected erwin and how it continues to provide value. 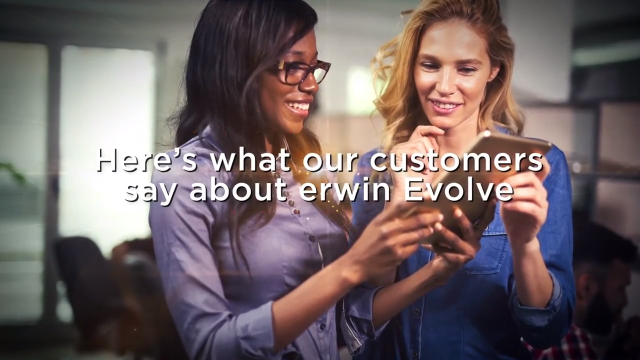 erwin Evolve is a full-featured, configurable set of enterprise architecture and business process modeling and analysis tools that helps drive initiatives such as digital transformation, cloud migration, portfolio and infrastructure rationalization, regulatory compliance and innovation management. Watch this short video to learn how erwin Evolve helps enterprises map IT capabilities to the business functions they support and determine how people, processes, data, technologies and applications interact to ensure alignment in achieving enterprise objectives. 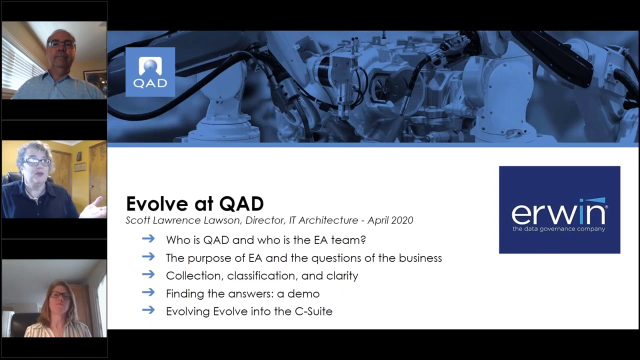 erwin Evolve in Action at QAD

Find out how QAD is using erwin Evolve in the new world of enterprise architecture and digital transformation, presented by Scott Lawson, Director of IT Architecture, QAD at the erwin Evolve Virtual User Group Meeting 2020. QAD provides ERP and other adaptive, cloud-based enterprise software and services for global manufacturing companies. 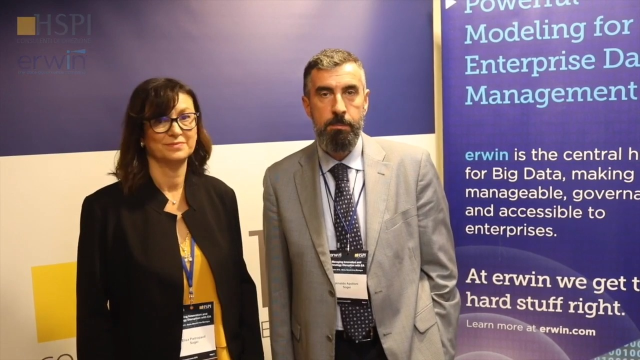 Elisa Pietropaoli, Organization and Quality Manager and Arnaldo Apollonio, Project Manager of Sogei, share their experience managing enterprise architecture with erwin Evolve. In particular, it allows them to manage a very complex system and perform impact analysis of changes before they are implemented. 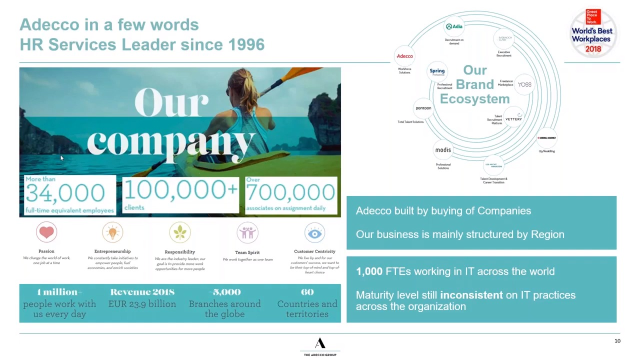 erwin Evolve in Action at Adecco 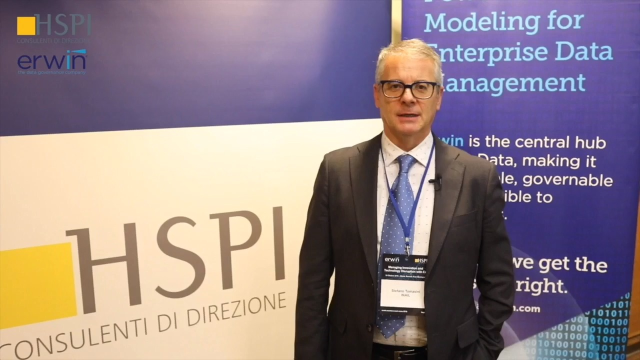 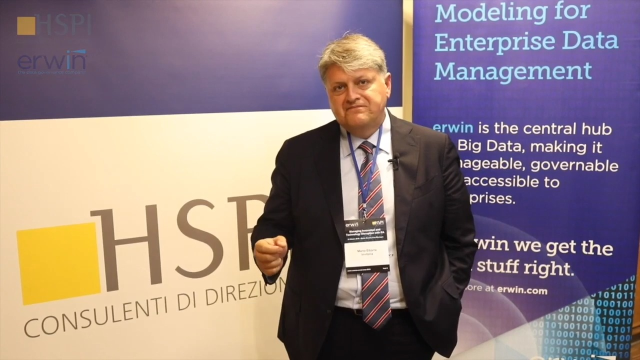 Invitalia's Chief Data & Analytics Officer, Mario Ettorre discusses the evolution of their enterprise architecture practice, made possible by erwin Evolve. This government agency gains ongoing knowledge through the analysis of a data lake from multiple sources. 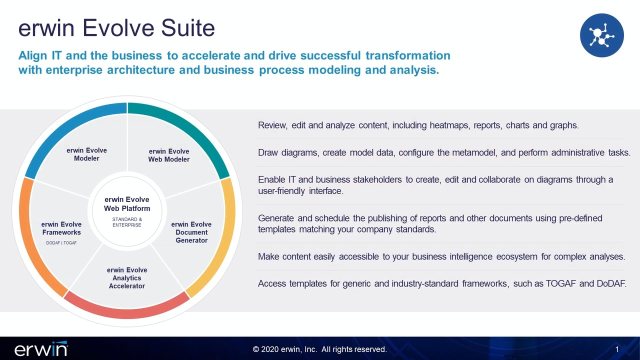 This video provides an overview of erwin Evolve’s capabilities as a full-featured, configurable set of enterprise architecture and business process modeling and analysis tools. It includes a brief product demonstration. Updates to the suite include the erwin Web Modeler, which provides a quick and easy way to create and update diagrams directly from the erwin Evolve web platform. The erwin Evolve web platform also received improvements to its performance and scalability to allow for the support of large-scale implementations and integrations with more third-party tools. 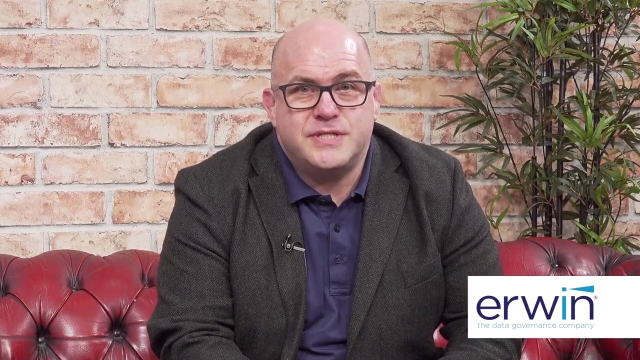 In this short video, Martin Owen, erwin Senior Vice President of Product Strategy, discusses enterprise architecture and erwin's approach to the discipline. He says enterprise architecture visually represents the strategy, the processes, the organizational units, the locations they do business, applications, systems and the technology. All of this is underpinned by data. With erwin Evolve, you're able to create a living blueprint across value chains and make the right decisions on that data. 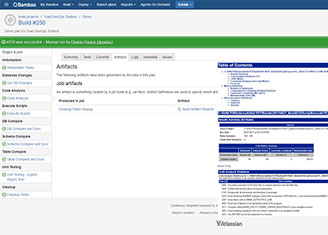 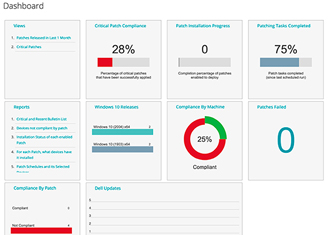 A comprehensive and flexible enterprise solution for mobile and traditional endpoints 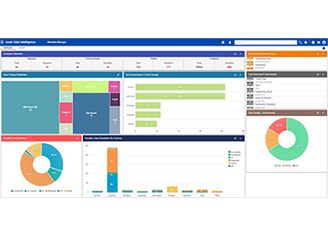 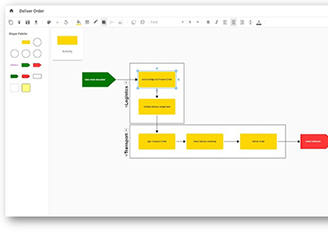 This is the end